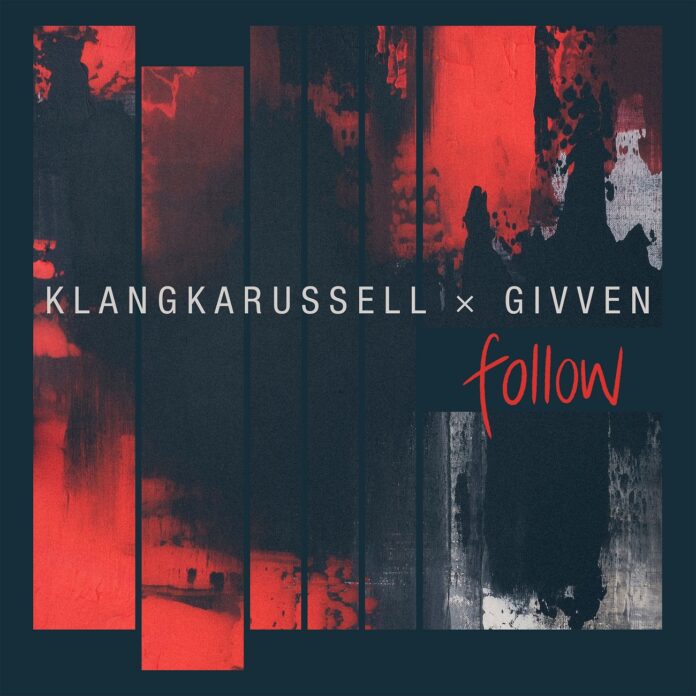 ‘Follow’ is another marvelous collaboration that brings together the producer duo Klangkarussell and Toronto-based vocalist and songwriter GIVVEN. The early spring and summer releases ‘Ghostkeeper‘ and ‘Glue,’ of Klangkarussell & GIVVEN, are a solid omen and an exciting ride. However, ‘Follow’ is starkly distinct from the prior releases. Issued via Bias Beach Records, Klangkarussell – Follow combines the strong foothold of symphonic melodies and GIVVEN’s alluring vocals. The track is a superb play of artistic strengths that bring forth an outstanding product that is applause-worthy.

‘Follow’ is the third collaboration between Klangkarussell & GIVVEN that features elegant vocals and eloquent percussion. The song has a beautiful melody as the richly layered synths, and resonating basslines are propelled forward by the gleaming vocals. This uplifting Melodic House & Techno track is loaded with Klangkarussell’s signature style moving from deep tones to high notes, making it hard to resist. The depth and wit of the vocals and musical arrangements corroborate that the collaborating artists have honed their craft well.

This track’s zealous melody and driving beats drop in under the escalating synths and whistling motifs, which is flawlessly captivating. Klangkarussell – Follow with GIVVEN has elements of reverberance and pulsating energy synonymous with the Melodic House & Techno groove. The distinct vocal flow accentuates the assertive, shiny vibe of the song. The beat provides a nice balance in the track, driving the tune forward in a style that compliments the rhythm. The melody is unapologetically memorable, showing sharp stylistic impressions of the artists. This Bias Beach Records production feels like a welcoming breath of fresh air in an overcrowded atmosphere.

Klangkarussell – Follow with GIVVEN transmits confidence and thoughtful vocals making the flow tight, with the top-notch production, which transforms the track into a delightful sonic experience to cherish. The song feels like a modern take on tempestuous melodies that fit into a sleek and immersive vibe. However, the track never skids away from its elegant groove. The song is just as mesmeric as the duo’s previous tunes, ‘Shipwreck’ and ‘My World’ if not more. Issued on Bias Beach Records, ‘Follow’ is effortlessly delicious.