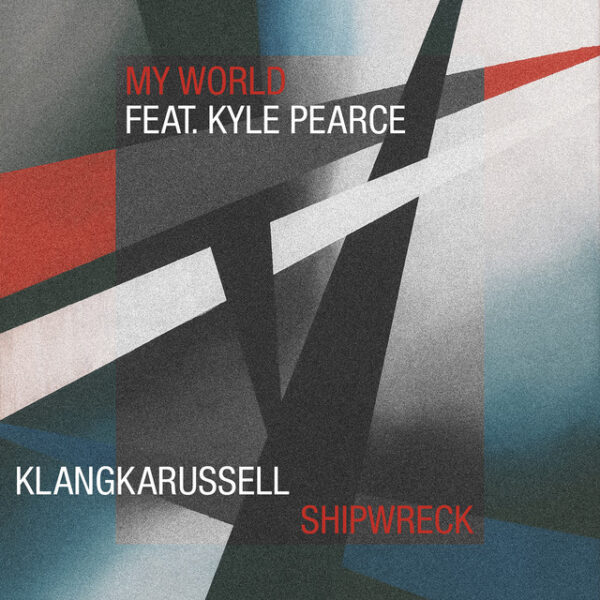 KLANGKARUSSELL are true geniuses when it comes to producing soulful music. They have a way of translating emotions through their songs and the duo’s wonderful releases like ‘Shipwreck’ and ‘GHOSTKEEPER’ prove just that. Both of these tracks became huge hits and earned them a lot of acclaim from fans of Melodic House & Techno music. KLANGKARUSSELL – My World has now been released. It is a collaborative effort with the super talented singer-songwriter Kyle Pearce. Issued by Bias Beach Records, this tune is a delightful experience to listen to and will make your worries go away while transporting you to a state of bliss.

KLANGKARUSSELL – My World with Kyle Pearce is a mellifluous collaboration. This song is a work of art to say the least. It is designed with eloquent percussion, smooth vocals, subtle basslines, and mellisonant synth stabs, making this song a wondrous release that will certainly have its tranquilizing effect on you. The duo embellishes the track with their soulful counter melodies as they interact in an impressive way with their intonation. This Bias Beach Records’ release will make an excellent addition to your Melodic House and Techno playlist.

‘MY WORLD’ by KLANGKARUSSEL and Kyle Pearce delivers a gentle and enchantingly haunting feeling that will fill the atmosphere. The duo’s composition is pliable. It sounds sensitive and empathetic while their restless exploratory impulses are contained within the phenomenal song structure. The concoction of synth and bass is gently built on, and fills out the melody, rather than hijacking and dominating it.

Released by Bias Beach Records, KLANGKARUSSELL – My World is a special tune that will bring out your emotions. It is an enthralling cut that sounds extremely mesmeric thanks to the soothing vocals of Kyle Pearce. The trio worked on this together as if they beam in from another dimension. With this release, the guys have made it clear that they are not bound by the clichéd conventions of songcraft. A place where tempos fluctuate and melodies shapeshift in the track is elusive. It is already one of our favorite Melodic House and Techno release of the summer.

You can also enjoy ‘KLANGKARUSSELL – My World ft Kyle Pearce’ on Spotify and Apple Music.