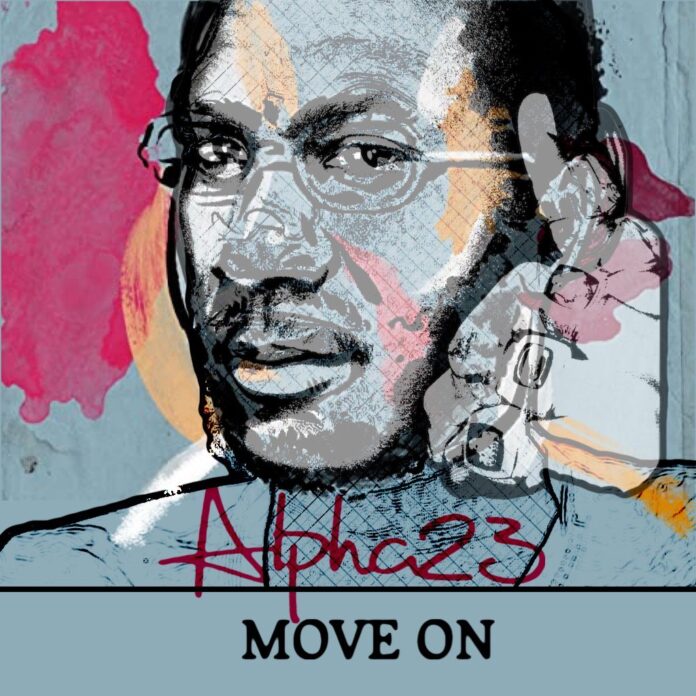 There’s one Hip Hop MC who has been making quite a lot of noise as of late. He is none other than Alpha23. Hailing from Atlanta, this MC has made it clear that he is here to stay by dropping fiery hits like, ‘Insecure,’ ‘Lost Religion,’ ‘Lite Werk’ and ‘Patrick Ewing’ all of which have accumulated tens of thousands of plays on Soundcloud alone. He has now returned with his latest banger, ‘Move On.’ Issued by iExclusive Enterprises, Inv. this Hip Hop track is infectious, energetic and straight-up headbanger material.

Alpha23’s fresh release ‘Move On’ is an innovative rap song that will certainly make a strong impact on the minds of the listeners. The solid hook and uplifting elements really amplify the overall energy of the song, making it a solid Hip Hop track. The vocals on the song range from luminous to fluorescent, captivating every bit of your attention. Released on iExclusive Enterprises, Inv. the production quality of the song is great and highly rhythmic that gives this cut a distinctive touch.

Alpha23 maintains his tight vocals against the harmonically dense, incredibly catchy, and extremely addictive beats. ‘Move On’ has the delightful spark that will not only make the crowd ponder but will also propel the fans to add this enticing Hip Hop track on their workout playlist. The frenetic energy and undeniable synergy of the song builds a laden atmosphere around you. With this tune, the artist stepped outside of his comfort zone to bewilder the listeners with his impressive lyrics and dope flow.

‘Move On’ reflects a different side of Alpha23. His voice shines with percussive ambiances over the pad work and hard-hitting beats, making it a playful treat for your ears. This iExclusive Enterprises, Inv release has proved his impeccable skills as a songwriter and rapper. We are totally blown away by the rap delivery of Alpha23 on this track and can’t wait for him to drop more of such energetic anthems.