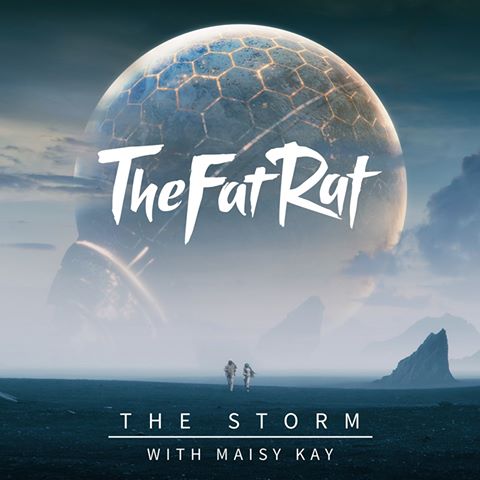 TheFatRat is widely known for his prowess in revolutionizing the EDM genre. He has also pushed the boundaries of gaming music in newer ways than ever before. This ace music producer has now recently collaborated with Maisy Kay on an epic song entitled, “The Storm.” Released on February 07, 2020, it exceeds the expectations of the fans and we are completely blown away by the grandeur of the soundtrack. The featured vocalist of the track Maisy Kay is an award-winning singer and songwriter whose vocals have been hailed as mezzo-soprano-esque. The powerful combination of a diverse vocal range and intricately layered acoustic sound makes the song a perfect heart-thumping number.

Right off the bat, “The Storm” launches into the powerful vocals of Maisy Kay in Na’vi; the language developed for the movie Avatar. Maisy’s pervasive vocal fills the track backed by the orchestral chorus and claps that slowly eases into a larger than life cinematic drum opening. The track shines throughout under TheFatRat’s impeccable craftsmanship as he molds the orchestral sounds, drums, and strings which leads to an unearthly drop. This part in the song is what gets the listener moving and features a layer of the Turkish flute which gives the song a whole new rhythmic twist. The track then progresses into an astounding combination of smooth flute and sharp beats.

The play on hard and soft in conjunction with breathtaking vocals by Maisy throughout the track gets you grooving. Alien anthem, “The Storm” has a perfect celebratory tune that is coupled with a tinge of nostalgia that generates a deeper association with the track. This collaboration of TheFatRat’s evolved style and Maisy’s vocal range with the alien-esque language portrays emotion and playfulness in a very subtle manner. The track is truly a groovy dance number that will pop up on the club and festivals regularly.

Stream “The Storm” on Spotify and Soundcloud below and Grab Your Copy HERE!

TheFatRat is the world’s biggest gaming music artist. He is enormously popular on YouTube, particular with the gaming community, currently boasting one of the largest followings and most engaging fan-bases on the web for an artist in his genre, with 4.2 million subscribers on YouTube and nearly 7 million fans on all platforms around the globe. The artist’s forward-thinking approach to lifting copyright restrictions on his music has led him to have been featured in 4 million videos from a range of different content creators – collectively accounting for over 4 billion views on YouTube.

Over the years he has become one of the most top-charting acts in dance music, having had multiple singles remain in the iTunes top50 for over 3 years straight. He has had his music synched-to-screen for advertising giants including Coca-Cola and popular video games like the top-grossing Dota 2 and Rocket League, and he has cemented himself as the go-to-artist for Esports brands like ESL and Dreamhack.