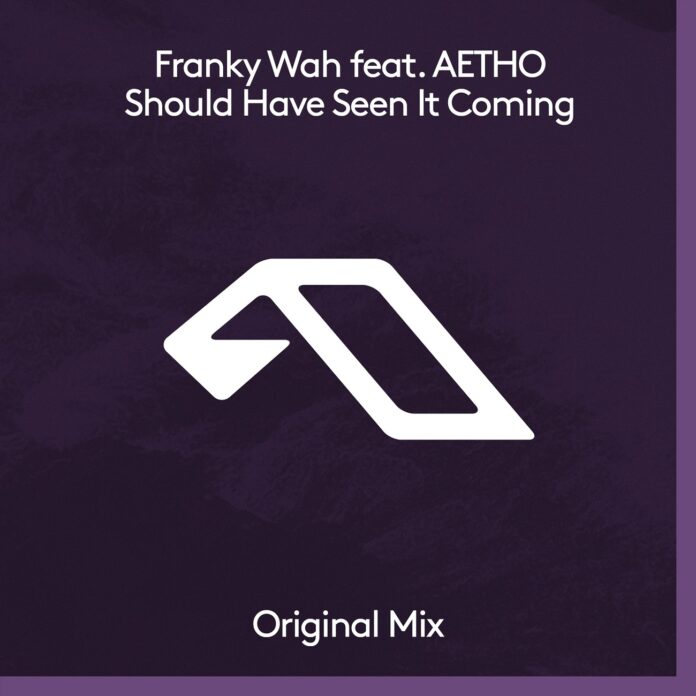 Franky Wah has achieved significant popularity among dance music fans thanks to his tracks like ‘You’re Not Alone’ & ‘Come Together.’ He is now back with a new song called ‘Should Have Seen It Coming.’ It is the latest Anjunadeep 2021 release that has got everyone buzzing. This new Franky Wah music is an hypnotizing number that will transport you out of this world. This song explores emotional dynamics and features heartwarming vocals by AETHO that will put you under a spell. ‘Should Have Seen It Coming’ levitates into trance and progressive vibes that hit somewhere close to home.

This new Frank Wah music operates on phenomenal storytelling that is elevated via a gorgeous palette of rousing and celestial vocal efforts from AETHO. The gentle synth work done on the track effortlessly aligns with the pulsating bassline, making this tune extremely magnetic. Landing on the Anjunadeep 2021 portfolio, the song is a marriage between Melodic House and Techno and Deep House elements. ‘Should Have Seen It Coming’ will take you on an ethereal journey. Wah really poured his heart out into this magnificent song.

Frank Wah has structured ‘Should Have Seen It Coming’ with an exquisite sound design that will entice you. This Anjunadeep 2021 music opens with a jaunty drum sequence that descends into the snappy and melodic beat. AETHO then adds a drunken emotionality to the vocal tones that will captivate your senses.

This new Frank Wah music is a stunning symphony. To be honest, we weren’t ready for a song this mesmerizing. It is a mighty track that deserves all the attention it is getting as of late. The track has already been streamed over 200k times on Spotify since coming out on February 4, 2021. This just shows how much people are digging it. This wonderful collaboration between Wah and AETHO has worked like magic and we can’t wait for them to work together again!

Stream ‘Franky Wah ft. AETHO – Should Have Seen It Coming’ on SoundCloud below!

Franky Wah started his life in music with super-humble studio beginnings: in a shed with a laptop “and some crap speakers”. He then moved to The Music Factory in Rotherham and from there set up his own studio in Doncaster, Yorkshire, which is where he now lives and works when not on the road.

The DJ/producer, is currently one of the hottest and most exciting names in the dance realm for 2020. Receiving rave critical acclaim from established dance peers, ongoing support from key industry figures and playing to thousands of fans on multiple festival stages have led to Franky garnering fan support in its thousands.

Looking for more tracks like “Should Have seen It Coming”?