JOPLYN is back on Stone Free Berlin with three fantastic remixes of her “TOO MUCH HATE” EP. On remix duty, Florian Kruse, Chi Thanh and Hybro attacked the already amazing EP and each gave a different fresh and unique flavor to the tracks “Comfort”, “Too Much Hate” and “Broke Those Walls Down”.

Florian Kruse twisted “Comfort” into a mesmerizing Deep Melodic Techno banger, our favorite remix from the EP. It delivers a fantastic evolution, great immersive pads and a perfect use of the original vocal. This one will without a doubt be a huge hit in Ibiza (and in clubs around the world) this season, I also wouldn’t be surprised to hear it in Solomun’s set this summer, this is truly a sound that is right up his alley!

Chi Thanh gave “Too Much Hate” a very accessible, banging and groovy Techno sound. Chi always brings his unique touch to the Techno genre, it is very refreshing to have an artist like Chi on the scene, always keeping things fresh and avant-gardiste.

Last but not least, Hybro delivered a super inviting and sexy take on “Broke Those Walls Down”. Blending Chillout, Future Bass, Deep House, Trap and Lo-Fi flavors flawlessly. This one is a great “bedroom-sexy-time-action” opus.

Stream JOPLYN – TOO MUCH HATE (Remixes EP) on Spotify below!

JOPLYN​ is a young ​songwriter, piano player & vocalist​ from Berlin with an international (Vietnamese, German, Canadian) background raised within a very creative upbringing and scene.

Her ​music​ can be best described as “​post-genre​”, mysterious, dark, futuristic & emotive “​Electronica​” mixed with “​alternative R&B​” and she counts artists like: Banks, Sevdaliza, Aaliyah, Sade, FKA Twigs, Sohn & Moderat as her inspirations.

Lyrically​ Joplyn deals with the ​contrasts and contradictions of living in the “urban concrete jungle of Berlin”​ and also her experiences of striving to become an ​independent female role model​. Issues like ​”gender inequality, social injustice and modern feminism”​ are also dear to her heart.

JOPLYN caught the attention of the well-known ​electronic indie-band Booka Shade who wrote her first single ​AGAINST THE STREAM together with ​JOPLYN​. The song garnered ​more than 100k plays on Spotify as well as​ several iTunes-Electronic chart positions in 2017 and also received ​features in Clash Magazine, Kaltblut Mag, The Beat Manifesto​ etc…

JOPLYN’s 2nd single​ ​TOO CLOSE​ was​ produced by Chi Thanh​, who​ did remixes for artists such as ​Lana Del Rey, Booka Shade, Disciples, Robot Koch, 2Raumwohnung, The Dø, Kafka Tamura in the past and released on acclaimed labels such as Diynamic, Get Physical and Blaufield. The single also got a ​remix​ treatment from acclaimed Monkeytown (Moderat label) artist​ Robot Koch which was well received.

MONEY MACHINE​ is about the ​desperation​ many ​young girls​ nowadays find themselves in as a result of financial instability. It portrays the ​unscrupulous exploitation and objectification they are faced with, and the little amount of choices they are in a position to make. ​The lyrics are written from the exploiter’s perspective​, who is extremely threatening and rough. This also adds to the overall atmosphere of the entire song; melancholic, however also slightly menacing.

Her recent E.P. ​TOO MUCH HATE ​(check the mood video here of the focus track here: https://youtu.be/qFdTnLKKqsU​) included 4 more ​electronic tracks focusing mainly on rhythmic uptempo tracks​ and deals with Joplyn’s observation of her generation’s fatigue and also the inclination towards negativity and hatred.

The E.P. ​TOO MUCH HATE​ received a special ​feature​ and ​interview​ at ​Billboard Vietnam​ for the Asian market, check link here: https://billboardvn.vn/joplyn-co-gai-chua-bao-gio-thao-hiep-voi-xu-huong-trong-am-nhac/​. Here is the translation into English: https://www.dropbox.com/s/lmq5kfnzguxkw3c/Billboard%20Vietnam%20Interview%20-%20Ueber setzung.pdf?dl=0
Several songs were also featured on ​Spotify​’s playlists such as: ​Indie Radar, Gegen den Strom, Electronic Rising…

Berlin-based indie electronica artist JOPLYN​ was also handpicked in 2018 and ​is currently supported by the ‘German Initiative Musik gGmbH’ with project funds from the Federal Government Commissioner for Culture and the Media.

Chi Thanh has been active in the international club and dance music scene for a while and has performed alongside artists such as: Booka Shade, Tale Of Us, Radioslave, Butch etc…

He also releases music on the label Blaufield of the electronic music legends Booka Shade and his work has been featured regularly on BBC Radio 1 UK by Pete Tong and Kolsch.

He has recently remixed international artists such as: Booka Shade, Robot Koch, The Disciples, Lana Del Rey, The Do, Metronomy, 2Raumwohnung… and his work has been featured on blogs such as: Deep House Amsterdam, Clash Mag, Pulse, DJ Times, Data Transmission, Resident Advisor…

Chi Thanh also recently had a Beatport Club Hit (“Reach – Fluid EP”) with his collaboration with Robot Koch (Monkeytown Berlin-Moderat) on the acclaimed label DIYnamic Music which is home to Solomun and co.

HYBRO is a multi-instrumentalist, vocalist, songwriter & music producer based in Berlin.

He has worked extensively in various fields of the international music business and is part of an artist collective in Berlin. With his new moniker HYBRO he merges styles such as Electronica, Indie-Pop, Chill-Wave, Lo-Fi, Dub, Trap & Ambient music into his own unique style. He already did a remix for Irish artist Sion Hill in 2017 and has plenty of new music for 2019.

“So we won a war once, that doesn’t make us heroes, when will we ever listen?”

The song “HEROES” protests against any oppression against humans and animals. The lyrics urge the listeners to really start “listening” to their inner voices and to stand up against ignorance and injustices caused by inflated egos.

Musically the mid-tempo song starts with light and warm guitars and an angelic voice, before moody pads take over that culminate with a subtle yet driving beat and a low sub-bass.

There aren’t many people that can say that they have devoted their entire life to electronic music, Florian is most certainly one of them. DJ, producer, lecturer, plus label owner? Yes, Kruse has ticked all the boxes.

His passion for music began in his hometown in Northern Germany. An avid reader of Frontline magazine, and later the Raveline, his love for electronic music was born at 14, when he bought his first turntable. Early influences included legends such as Moodyman, Herbert and Steve Bug. At 16, Kruse invested in his first sampler, a mixer and a keyboard. With music in mind, he made the natural migration to Hamburg in 2002, where he studied Audio Engineering, and later taught at SAE.

Long time in the game, he started his music career in 2007, with his first vinyl release on Stokholms, Heya Hifi. Since then, Kruse has only grown as both a producer and a DJ. With Stel Vassiloudis and Nils Nuernberg, he became project Wiretappeur, with releases on Bedrock and a remix for label head honcho John Digweed. Nils Nuernberg quickly became his partner in crime, and together became the production duo Kruse & Nuernberg, their hypnotic Deep House sound making appearances on Liebe*Detail, Exploited, and Rejected. In 2008 they started their own label, Save Room Recordings.

A focus on his own productions, Kruse plunged into a solo career with a release on Anjunadeep, working together with his older brother Vincenzo and one of his long time idols Lisa Shaw. Followed by releases on Noir Music, Poker Flat Recordings, Stil Vor Talent, Joris Voorn’s GREEN imprint, Kompakt, Last Night On Earth and Suara and remixes by Noir, Eagles & Butterflies, Joris Voorn, Pleasurekraft, Coyu, David Morales and the list of releases and remixes goes on. After a couple of feature tracks with singer / songwriter Hendrik Burkhard Florian and Hendrik started a LIVE project presenting ‘TheGround’ with an album (Dediction) in October 2017 on Steve Bug’s Audimatique label.

With long time passion for house and techno that dates back to the early years, Kruse is first and foremost a DJ, taking his signature sound to world renowned clubs. Now settled in the German capital, Berlin, a true hub for electronic music, with regular DJ appearances at the city’s infamous underground clubs. 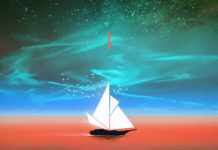 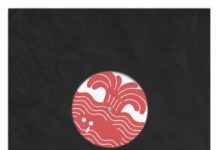 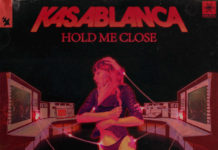 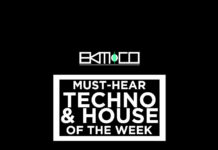 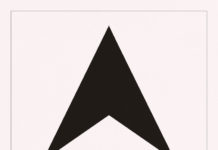