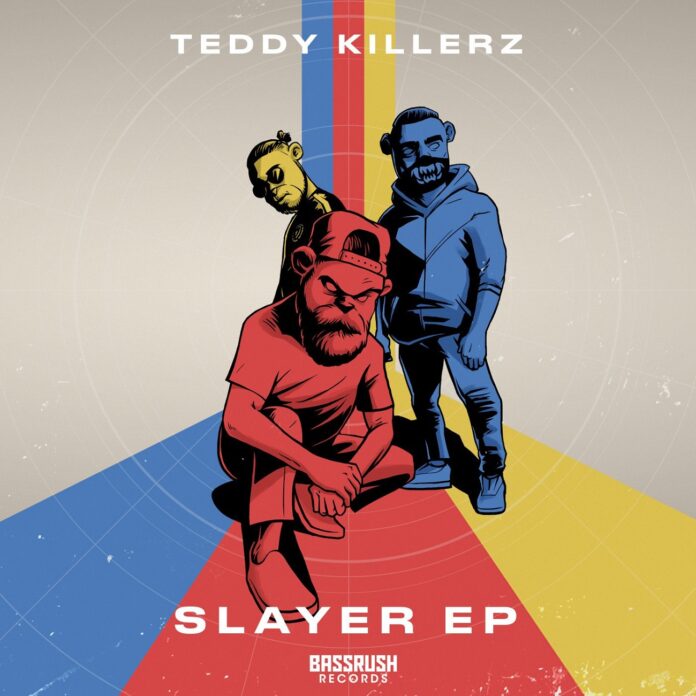 The Russian Dubstep trio, Teddy Killerz has been successfully blowing up the EDM scene with their consistent releases for quite some time now. The guys have not only dropped two EPs on Skrillex’s label, OWSLA but have also gone on to impress the world with their hits like, ‘Ghosts,’ and ‘Revenge.’ The talented group is now back with new Teddy Killerz music 2021 called ‘Slayer.’ This release is the leading track from their new 3-track EP that goes by the same name. Released on Bassrush, Teddy Killerz – Slayer is going to slay all your expectations and will leave you in a wild rush, to say the least.

Let us tell you, or better yet warn you, that this new Teddy Killerz music 2021 does not hold back! It launches into a chaos-driven assault of devastating drops and crazed vocal samples, all melting into one. Teddy Killerz – Slayer is an ultimate Dubstep banger that keeps on intensifying until you are left mercilessly to the whims of the crashing beats. On this divergent song, grit, distortion, and glitch blend with perfect synergy. This Russian Dubstep group has mastered the art of raw basslines, aggressive synths and neuro aesthetics on a whole new level.

Teddy Killerz – Slayer is fueled with downpouring insanity and edgy screeches that sizzle like molten lava. This new Teddy Killerz music 2021 is a high-octane rave anthem that will send shockwaves through your body. This Russian Dubstep cut can flip any ambiance with its intense buildups and goosebump raising drops. ‘Slayer’ is a rattling affair that is hyper sped with electrifying riffs and hooks, wrapped in furiously energetic drum work and percussion. Ultimately, Teddy Killerz has laid out a perfectly palpitating sound design that will surely feed your Dubstep craving.

With their profile exploding, the trio released the Big Blow EP for RAM underground offshoot Program in 2014, alongside a trio of releases — the Machine Room EPs — for Bad Taste. At the end of 2014, Teddy Killerz announced they had signed an exclusive deal with Andy C‘s RAM Records. Over the next two years, while they focused on producing their debut album, the trio delivered a handful of EPs and singles for RAM, including Hyperspeed, Killer Squad, and Teddynator. At the end of 2016, they announced the release of their debut album, Nightmare Street. Dropping in mid-2017, the cohesively produced release — which saw them flirting with dubstep and electro as well as drum’n’bass — was preceded by the single Monkey Kingdom. And with the release of Teddy Killerz – Slayer, the trio is looking unstoppable.