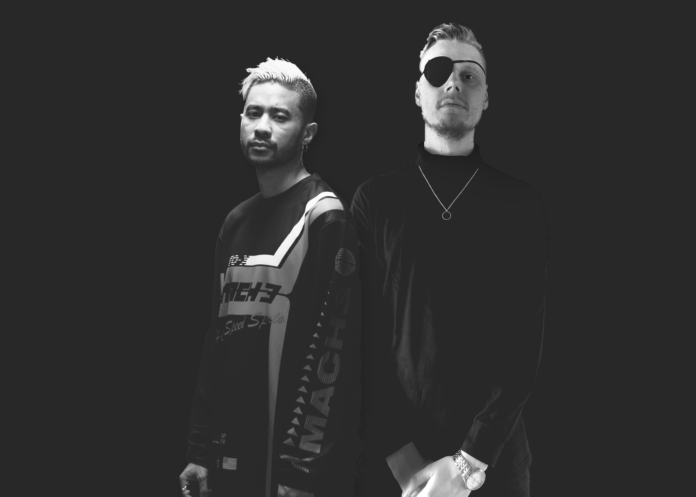 Paul Elstak is a big name in the Hardcore scene. Beginning his career in 1987, he has achieved immense fame over the years for releasing larger than life songs such as, ‘Rainbow in the Sky,’ ‘The Promise Land,’ ‘Don’t Leave Me Alone’ and ‘Life is Like A Dance.’ He has also produced a track for the movie, ‘New Kids Turbo’ for which he won a Rembrandt Award under the category ‘Best Title Song.’ He has now teamed up with Psycho Boys Club to release the monstrous tune, ‘Bull Kick.’ Released on Yellow Claw’s imprint Barong Family, this track evokes memories of the early rave days. It features a unique blend of Psytrance, Techno, Hardstyle, and Hardcore.

Paul Elstak and Psycho Boys Club did an outstanding job on the kickass song called ‘Bull Kick.’ It is loaded with unstoppable intensity. The track contains an aggressive synth line that is accompanied by a booming bass, making it a truly hard-hitting release. The duo has cleverly produced this track by combining their signature sounds together and the end result is just what everyone would have expected; a straight-out banger! It is a sharp-edged track that will definitely start mosh pits.

‘Bull Kick’ is a solid release in terms of vibrancy and boldness. This hardcore affair by Paul Elstak and Psycho Boys Club is pulsating and intensely epic, it gives the Hard Dance genre magnificence and style. Issued by Barong Family, the song hits hard and is loaded with fierce elements that make this tune so badass. The guys have outdone themselves on this release and have proved just why they are some of the brightest stars of Hardcore music.

Paul Elstak and Psycho Boys Club have structured ‘Bull Kick’ in a remarkably introspective way, making it a vigorous cut for Hard Dance fans. Their skill lies in rearranging familiar elements into something that sounds fresh and powerful. The song contains banging drum patterns that are layered over hypnotic rhythms amplifying the overall intensity of the song. The track gives off an insane energetic vibe that will kick an adrenaline rush in you. We already can’t get enough of this song and hope that these stars hit the studio again soon.

In the hardcore scene, Paul Elstak needs no introduction. His career began in 1987 and has led to a long resume of both commercial and underground hits; he launched his label Rotterdam Records in 1992 and released radio-friendly singles “Life Is Like A Dance,” “Luv U More,” “Don’t Leave Me Alone,” “The Promised Land“, “Rave On” and “Rainbow In The Sky,” all of which made the Dutch Top 40 in the 1990s. The next decade found Elstak pivoting to a harder style of music as he evolved as a producer. In 2010, he produced the title track for the movie “New Kids Turbo,” which led to him winning a Rembrandt Award for Best Title Song for the Gold-certified track in 2011. More recently, in 2017, Elstak released hits “Kind Van De Duivel” (“Child of the Devil“) and “Engeltje” (“Little Angel“) with rapper Jebroer and Dr. Phunk, both of which went collectively 5x Platinum in The Netherlands and Gold in Belgium.

DJs and producers Juyen Sebulba and Stoltenhoff teamed up for their Psycho Boys Club project in 2019, complementing their own successful careers as solo artists. Juyen previously released on Musical Freedom, Mad Decent, and Mixmash, while Stoltenhoff collaborated with Tiësto on “Lose Control,” SLANDER on “We Out” and remixed Yellow Claw. Together as Psycho Boys Club, their hard-hitting style has found a home on Barong Family, where they’ve continued to build their repertoire with a string of well-received releases.