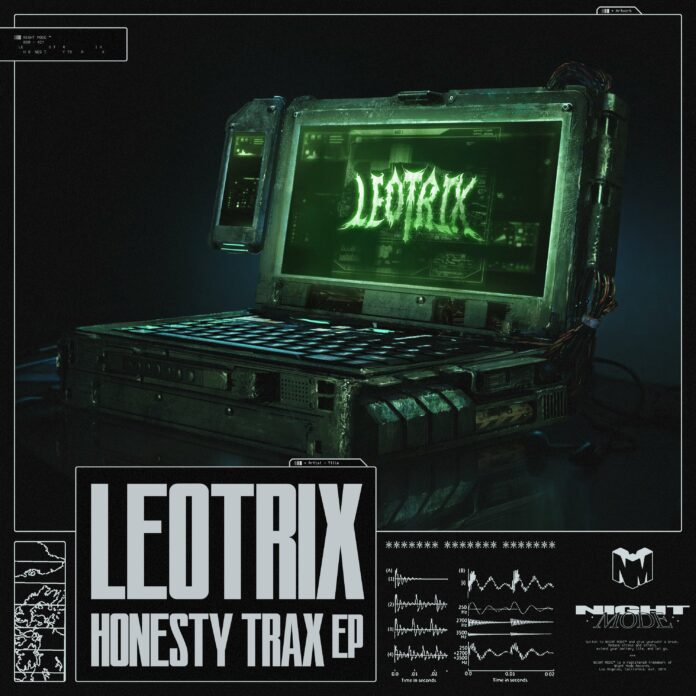 Out today, the Leotrix – Honesty Trax EP features 2 new arrangements from the young Australian rising star, Leotrix – brief grip of creation and Leotrix – this track vs my laptop fan. Scheduled to drop like a ton of bricks on Night Mode Records (Insomniac Records), Bass House & Future Bass fans will be delighted when they get their hands on this storming double-sider.

Our young Aussie friend has been busy since his last feature on EKM, and wastes no time reminding us what he’s about. Leading off the Leotrix – Honesty Trax EP is the cryptically named Leotrix – brief grip of creation, a track that is sure to catch you by surprise. It loads up early on rich, lush pads that have you wondering “where is this going?”. That question is soon answered with a huge 4 x 4 kick drum, pulsating bottom end, and a swarm of glitchy chopped up leads and vocal effects. Exactly the flavor that we have come to expect from a Leotrix production. This kind of track would be right at home in a set by Blende or Justice. Night Mode Records (Insomniac Records) has definitely struck oil with this one.

B-Side – Leotrix – this track vs my laptop fan

Following up on the B-side of the Leotrix – Honesty Trax EP, Leotrix – this track vs my laptop fan comes with a no-holds barred cannonball run through the Australian bass sound. The track opens smoothly with an ominous synth and pad melodies. Then, suddenly he kicks the door off the hinges with an insane barrage of low end frequencies. Sure to excite anyone who likes to feel their organs rattle in their chest. Flowing fluently with quirky vocal stabs, chirpy melodies, clever fills and some seriously nasty resampling, this track only allows for one complaint, it’s just too damn short! There are no low points in the energy with this one, because it moves from strength to strength. Warm up that repeat button, you’re gonna need it!

Although both tracks check completely different set of boxes, Leotrix – this track vs my laptop fan and Leotrix – brief grip of creation are perfectly complementing each other on the Leotrix – Honesty Trax EP. It masterfully demonstrates the considerable range of the artist’s production style.

Considering there is no shortage of young talent rising from the musical hotbed that is Australia, none are currently burning as brightly as 20 year old Leotrix.

Already receiving support from Excision, Zeds Dead, NGHTMRE, Carnage, Flosstradamus, Jauz, Borgore, DJ Diesel, Virtual Riot and countless others. Leotrix is carving his way up the ladder as one of bass music’s most in demand young prospects.

No stranger to the touring circuit, he’s notched several national tours across Australia already, Now he’s preparing to take his brand of mayhem across the planet. With upcoming shows in Asia, New Zealand and the US, he’s well on his way. His only goal being total world wide domination. Expect nothing but greatness from this prodigious young talent. Leotrix – Honesty Trax EP is the kind of gear that will achieve that goal.