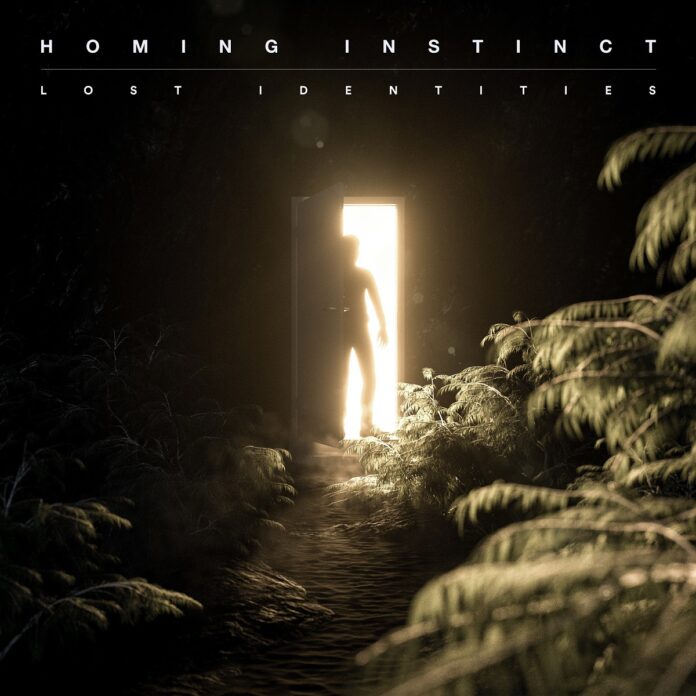 Lost Identities continue to push both our boundaries and our expectations. They create stunning, cinematic, melodic Dubstep that’s powerful and moving. The Italian duo has a flair for the dramatic and the technical skills to back it up. They’ve defined their sound over a series of fantastic releases, attracting the attention of Trap Nation. Since then, they’ve garnered support from some of the biggest and best names in the Dubstep scene. The new Lost Identities album; the ‘Homing Instinct‘ LP is out now. A full album is a huge undertaking, but they’ve managed, and it’s nothing short of brilliant.

The ‘Homing Instinct’ LP is some of Lost Identities‘ finest work to date. It’s full of drums that smack, rippling bass lines, and beautifully interwoven orchestral movements. If their unique ability to write both Dubstep and Classical music wasn’t enough, they’ve managed to find a way to fuse them together seamlessly. Their sound is totally unique and their execution is on point. This is apparent from the very first track on the album ‘The Way Back’. This orchestral overture is sans a rhythm or a bass line but it sets us up perfectly for what’s to come.

Vocalist Onyra provides the lead vocal for the first full track, entitled ‘Shine’. Her soft voice fits perfectly over the carefully orchestrated chaos below. It follows ‘The Way Back’ perfectly. It progresses beautifully with a first section that highlights the vocal and a second section that turns up the intensity with anthemic flavors that create an overwhelming energy for the listener. But Lost Identities are still just getting started.

In the next track, ‘Past Calling’, the Italian duo really flex their originality and their production prowess. This track could be described as having three movements, and each one is packed full of surprises. The featured vocalist, Jon Becker, feels like our chaperone, guiding us from one movement to the next. He features mainly in the intro and in the reprises between the three sonic explosions.

The first drop in Lost Identities – ‘Past Calling’ is intense and unexpected. It’s a quickfire, abrasive onslaught of bass, interspersed with epic string melodies. They let you breathe afterward, but they don’t lose any tension. They masterfully employ the use of silence and effects to keep the anticipation going. Jon Becker returns to guide us to a second, heavier drop, which sounds like the Dubstep equivalent of Heavy Metal. The final build-up is as intense as you’d expect from the Lost Identities album so far, with the final drop cementing this track’s status as a masterpiece.

Next on the ‘Lost Identities – Homing Instinct‘ album is ‘Hope‘ featuring Biometrix. With a soft and emotional intro, the piano arrangements and the vocal will grab you by the feels right away. However, the ambient intro doesn’t last and takes you to one of the most intense drop on the album. The contrast between silky Classical music arrangements and the face-melting drops, although very present on the album, really shines on ‘Hope‘.

If you have been following us lately, you might have already heard the next track from the album, ‘Any Other Way‘. We covered it earlier this month and we invite you to check it out HERE.

Already almost at the end of this masterful album, we see the amazing vocalist Onyra (from the track ‘Shine’) make another appearance on the album with the track ‘LOST’. This one is an energetic Future Bass gem with impeccable vocal chopping and electric guitar arrangements that bring a great, more rock side to the album. It hits hard, just like the rest of the album, but stands out with the very catchy vocal and drops that are less on the Dubstep ‘rail breaking’ side and more on the bass-heavy Trap & Future Bass genres.

The track ‘Lost Identities – Falling’ is the final song on the album. Its intimacy, in both the music and production, is clear from the beginning of the track. It’s like you’re standing next to the piano, listening, as it rings out around a giant cavernous space. Tremors and slight impacts foreshadow the earthquake that’s yet to come. Shimi, the featured singer, enters the fold. In an understated voice, he begins with a gentle lullaby-like melody. The false sense of security this gives us is joined by some strings. The orchestra begins to stir, slowly building in intensity. The rousing melodies and seamless infusion of drums, effects, and digital elements build to a fever pitch. Finally, they usher in the storm. This is the swan song of the ‘Lost Identities – Homing Instinct‘ LP and it wants to leave you breathless.

The Italian producers are masters of cinematic, melodic Dubstep. ‘Past Calling’ is a show of strength and brute force, whereas ‘Falling’ conjures dramatic, panoramic scenes in your mind. They’ve created music that inspires the imagination and transports you somewhere else. The entire Lost Identities album manages to capture this same energy. An opus of this magnitude is no mean feat, and we’re pleased to say it’s out now, on all major platforms!

Starting their career in late 2018 with 2 releases under Trap Nation, Andrea and Gianluca decided to come together as a duo, under the name of Lost Identities. Growing fast in the Bass Music scene, the two reached in two 2 years, over 4.000.000 streams. Their dualistic cinematic, melodic Dubstep-sound combines heavy, aggressive bass (coming from Gianluca’s street-based background) along with mystic, melodic and emotional breaks (coming from Andrea’s studies of harmony and composition in Conservatorium). Are you a lost identity too? Why don’t you find this out yourself!