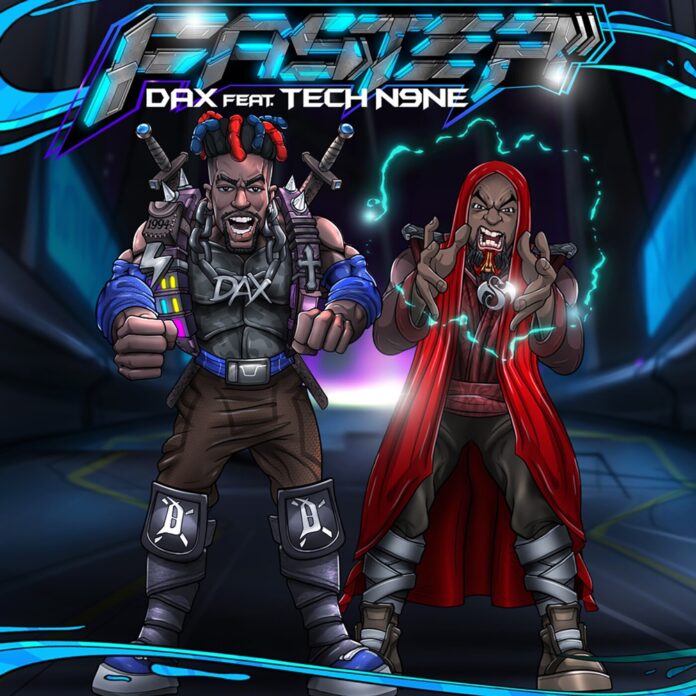 Dax has been on a roll. He recently delivered a thought-provoking track called, ‘Joker’ which surely is a must-listen. It has been streamed over 300,000 on Soundcloud alone in just a little over a month. Dax – FASTER has now been released. It is a collaborative effort with Tech N9ne. It is the epitome of what Chopper Rap music is all about.

Dax – FASTER with Tech N9ne is a high energy tune that will leave the fans stunned. The song is produced cleverly, it flourishes with driving percussion and it morphs and funks into different melodic patterns, creating a reverberating aura. The track echoes with percussive energy, giving it an infectious intensity. It is certainly a refreshing cut that EDM producers will love to put their own spin on to make it a peak-time festival banger.

‘FASTER’ by Dax and Tech N9ne showcases their insane rapping skills. The duo went hard on this release and have impressed everyone with their lethal flows. The track contains a mixture of vibrant sounds that are layered over nifty pad work that blends smoothly with the bouncy rhythm, creating a bright and harmonic affair for the fans of Rap music. This track oozes perfection and creates its own hectic atmosphere, bubbling with the ingenious vocals and celestial synth. Considering how powerful this release is, it won’t be a surprise if you decide to add the song to your Hip Hop playlist immediately after listening to it.

Dax – FASTER with Tech N9ne is a special track that brings out the best in both of them. It is without a doubt an outstanding Hip Hop song that will raise the adrenaline levels, making the Rap music fans crave for more. We are expecting to see this duo hit the studio together again soon to drop more of such incredible releases.

You can also stream the song on Spotify, Soundcloud and Apple Music.