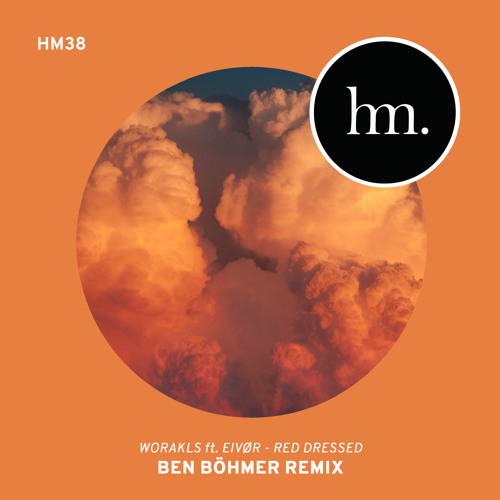 The long-awaited Ben Böhmer remix of ‘Red Dressed‘ is finally here. This track’s sky-high debut on a hot air balloon in Turkey racked up nearly 5 million views on YouTube. Fans searched online to try and find the new Ben Böhmer music they’d just heard, but it wasn’t to be found until now. Hungry Music, the label founded by Worakls, is releasing this beautiful Worakls remix featuring Eivør. It’s the home of the original track but also of the 2019 Worakls album ‘Orchestra’. He’s known for his sublime blend of electronic and orchestral music. He composes then captures intimate performances and sets them masterfully to a beat. Faroese singer Eivør, on the other hand, has given her voice to a huge range of genres from folk to jazz. Meanwhile, Ben Böhmer was dubbed ‘breakthrough artist of 2020’, by Techno legend Boris Brejcha. This track is truly a potent combination of talents.

The Ben Böhmer remix of Red Dressed (feat. Eivør) starts in suspense. The opening gambit of kicks, claps and delays could take us anywhere. Some tentative synth plucks indicate a Progressive House direction. But then, the unmistakable fingerprint of a Worakls remix soars high above the mix. Then, not long after, you hear the barely-discernible voice of Eivør, skewed and tormented by musical machinery. The two embark on a mesmerizing rally of call and response, meanwhile, the kick drum finds its power and holds down a beat. By this point, the Ben Böhmer remix is definitely underway and it’s completely enchanting.

This Worakls remix manages to preserve the otherworldly quality of the original. Layers upon layers of vocals, strings and effects take your mind elsewhere. They build to a crescendo and then, the track drops and takes you somewhere else completely. This interpretation of the original finds enough energy for a crowded dance floor. But it also has enough depth and nuance for solo listening. This is a big release for Hungry music and for all three artists involved. We look forward to hearing more from all of them, as soon as possible!

Known for his innumerable electro/melodic productions and his vibrant shows, Worakls is a composer above all. Raised in a family of musicians, he learned piano at the age of three and carried on with a conservatory education.

He moved at a later age towards electronic music production, bringing to his sense of melody power and oneirism. He then founded ‘Hungry Music’ in 2013, a label recognised as one of the most influent in the French electronic music scene.

Today, Worakls choses to mix in these universes that inspired him, and freely express these influences and inspirations with the creation of his new label ‘Sonate’

One of dance music’s brightest stars, 27-year old Berlin based producer and live act Ben Böhmer has had another monumental year. His debut album ‘Breathing’, released on Anjunadeep at the end of 2019, has since attained over 25 million streams, drawing admirers from across the Electronic music spectrum; including Boris Brejcha, who remixed the title track and pronounced Ben as his ‘Breakthrough Artist of 2020’.

A string of other singles and Ben Böhmer remixes released across the year have seen Ben become a mainstay in the flagship Electronic playlists and Beatport 100, as he sets his sights on his second album, due out towards the end of 2021. Ben was invited to perform a groundbreaking live stream event with Cercle. The live set, recorded entirely in a hot air balloon above the Turkish desert, has quickly become one of their most successful streams to date. With over 3 million views in the first month alone, it has cemented his place among fans and critics alike as ‘the’ Electronic artist to watch.