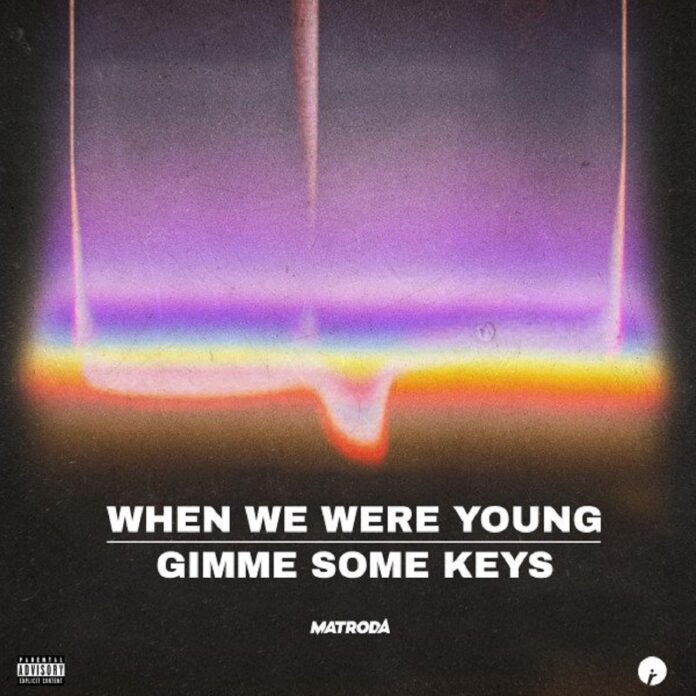 We have had our sights on Matroda ever since he released his hit track, ‘If You Wanna.’ The song became an instant hit, allowing him to attain the attention of dance music fans from all over the world. He then continued to show his production prowess by putting out one banger after another with songs such as ‘Forget It’ and ‘Heard It Through the Grapevine.’ This talented composer is now back with not one but two new tunes entitled, ‘When We Were Young’ and ‘Gimme Some Keys.’ Matroda – When We Were Young is a colossal tune that defines the Future House music 2021 era. Whereas, Matroda – Gimme Some Keys is a spicy track that leans more on the Tech House side. Both of these songs are part of the new Insomniac music catalog.

Matroda – When We Were Young is a progressive tune that is structured with hazy atmospherics, gleaming arpeggiations, and repetitive vocal snips. The song is driven by a sweet melody and some bright elements that keep the overall feel of the song simply electric. There is something about this Future House music 2021 that will remind you of bygone days. The instrumental arrangements of this song are simply flawless. This new Insomniac music will certainly find its spot on the Beatport Future House music charts.

Following up to Matroda – When We Were Young is the tantalizing tune ‘Gimme Some Keys.’ This song brings funky energy to the environment. With a full rhythmic section, bass leads, and some serious dynamic range, this track is just too enticing for you not to dance to. It wouldn’t be wrong to say that this song is a feast for the ears. This new Insomniac music release is a solid masterpiece that is led by soothing piano melodies that will get stuck in your head after only one listen.

With ‘When We Were Young’ and ‘Gimme Some Keys,’ Matroda has proven once again just how versatile he is when it comes to his production style. This also makes him unpredictable and one can never guess what his future songs will sound like. He is truly defining Future House music 2021 with his unique compositions. We love it whenever Matroda surprises us with a new tune and can’t wait to see what he brings to the table next!

Stream ‘Matroda – When We Were Young / Gimme Some Keys’ on Soundcloud below!

Matroda is the music producer behind #matrodasound. He also owns a label called Terminal Underground. #74 producer in the world according to 1001tracklists