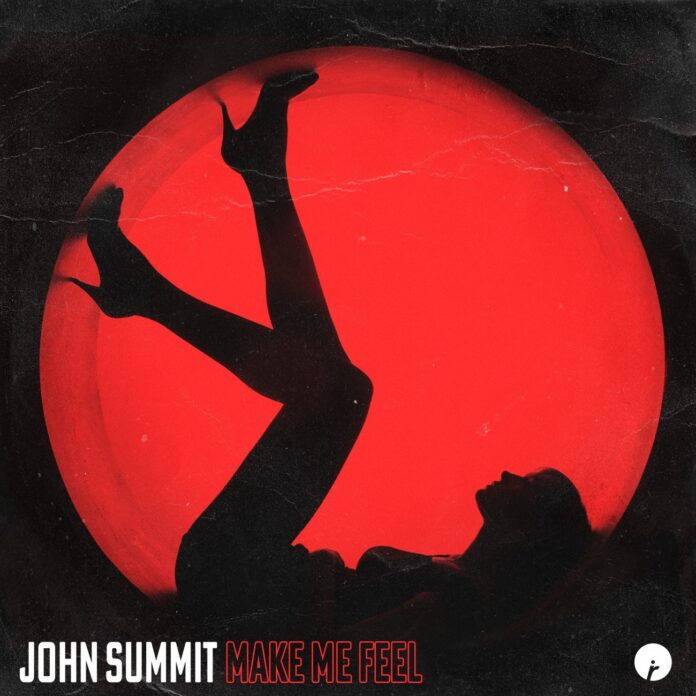 John Summit made a strong impact on the EDM world in 2020 when he dropped his track, ‘Deep End.’ The song became a viral hit and was praised by names like MistaJam, Danny Howard, and Annie Mac. He is now back with another club heater entitled, ‘Make Me Feel.’ It is a banging and uplifting cut that will make you tap your feet to the rhythm without even noticing it. John Summit – Make Me Feel is a bewitching effort that will impress you with its infectious energy. This Insomniac Records Tech House tune is all that you need to make your house party lit. This release embodies the essence of what the best Techno House music is all about.

If you are seeking new music to add to your best Techno House music playlist then John Summit – Make Me Feel is a must! This track is dangerously groovy and no, we are not exaggerating! Just have a listen and you will understand why we are recommending it. This Insomniac Records Tech House release will captivate you with its bouncy rhythm, melodic synths, and stinging percussion. Plus, not to forget how brilliantly the Chicago native has mixed the repetitive vocal snippets with rolling basslines that make the mix so enlivening. All of these elements work together perfectly to create a stimulating aura that will leave you mesmerized.

John Summit – Make Me Feel is a solid Tech House delivery that has the potential to become an essential tune for House music DJs. This Insomniac Records Tech House release has a gratifying undercurrent that resonates through your body like a slow-burning, sweet sensation. The seductive vocals smoke-up the atmosphere wrapped in a transient rhythmic structure. ‘Make Me Feel’ is fiery and intoxicating. It is definitely one of the best Techno House music tunes we have heard this year so far!

Stream ‘John Summit – Make Me Feel’ on YouTube below!

Hailing from a city steeped in house culture, Chicago’s John Summit has quickly become the hottest name in dance music following the release of ‘Deep End’ in June 2020 which became the longest-running Beatport #1 of the year, was named Pete Tong’s Essential New Tune, and drew support from BBC Radio1’s Annie Mac, Danny Howard, and MistaJam before making the Radio 1 main playlist.

Paving the way for the next wave of house music out of the US, Summit has already scored notable releases with label-giants Defected Records and Repopulate Mars. Catalogue highlights include his Beatport overall top 10 single “Forgotten One”, top 5 house single “Summertime Chi” with Lee Foss & Hayley May, and ‘Stimulate’ EP that reached #1 on tech house releases. His forward-thinking productions have also been supported by industry heavyweights of the highest order such as Diplo, MK, Fatboy Slim, Lee Foss and Solardo.

John has also performed at many of North America’s signature dance venues, including noteworthy shows at Halcyon San Francisco, PRYSM Nightclub Chicago, Sound Nightclub LA, Celine Orlando, Magic Stick Detroit and more. In addition to making waves throughout the North American club scene, John is looking forward to leaving his future imprint both internationally and on the coming festival seasons. And with the release of John Summit – Make Me Feel, there is no holding him back!