Ancient Future is right around the corner, the massive festival will take over the old port of Montreal this weekend. We are extremely excited to attend the 3rd edition of this amazing multidisciplinary festival. You can find below the full line up, time slots, our top 4 picks of the acts not to miss and more information about the festival. If you don’t already have your tickets, you can purchase them right here and attend the event on Facebook here.

Since he created “Sky and Sand” with his brother Paul in 2008, Fritz always had a special place in my heart. His voice and style are unique and his German Techno sound with a pop-ish flavor simply can’t be imitated. After being one of the most talked about performance at Osheaga earlier this year, the hype for his return to Montreal is REAL!

One of the top Techno producers of 2016 and 2017, Victor Ruiz currently has 6 of his recent releases in the Beatport Top 100, his productions are intense and ideal for a good old warehouse party. Seeing him perform at Hangar 16 will be a real treat.

Creator of the most clicked Techno track ever on Youtube and #1 Techno song for 2 months in a row on Beatport, Sam is a beast. His style of Techno always has that underground feel that reminds the early days of Techno parties. Another act that will be delightful to see at Hangar 16.

One of the top Trap music producers of all times, Hudson blew our minds more than once with tracks like “Chimes” and “Higher Ground”. If you google “best trap music” or something similar, expect to find some of his original productions. Seeing him perform on the docks right before Fritz will be an experience not to miss.

More information about the event:

The Ancient Future Festival is the latest creation of EPISODE agency, which is also behind Bacchanale and Boombox projects. Emerging from a desire to create something new on the scene, Ancient Future is a multidisciplinary festival combining musical disciplines, visual arts, and circus arts. The festival is meant to be a way of assessing tomorrow’s society through the creation of a utopian space, on the border between the values of the past and our future desires. It is an eco-responsible festival, open to all and held at the Quai de l’Horloge, in the Old Port of Montreal.

THE TIME OF PYRAMIDS

With the bubbling of downtown on one side and the flow of the St. Lawrence on the other, Quai de l’Horloge seems to have fallen asleep at the rate of the frenzied ticking of the metropolis. But the needle suddenly stops. Montreal trembles. The music rumbles. A pyramid emerges between the trees and a utopian city appears.

Guided by a mysterious character, a parade begins. Thousands of urban souls, attracted by the sounds that escape the pyramid, converging on the riverbanks to celebrate a collective and timeless escape. Ancient Future is a paradox between nature and a setting where past and future confront each other. Landmarks thus deconstructed, participants will engage in a hedonistic experience tinted with electronic music, visual arts, and extravagant performances.

Will you be part of the trip?

The festival will present a creative and cross-disciplinary program of artists. For the regulars of previous years, there is no doubt this is a trademark of the festival. You will be immersed in the Ancient Future universe thanks to the vibrant performances and discoveries of circus acts, digital arts, visual arts, performing arts and dance. They will create the boundaries of a universe of collective escape and lay the foundation for the sensory and auditory experience of the festival.

Ancient Future is a festival conscious of minimizing its impact on the environment. This is why an eco-responsible system is put in place from the conception to the dismantling of the festival. In order to limit our carbon footprint, all of our suppliers are from Quebec and have been chosen to limit travel-related shipments. Additionally, we strongly encourage festival-goers to use public transportation instead of cars — especially in the Old Port, it’s cheaper and it’s greener! In order to limit waste, some of the furniture from previous editions will also be reused for this new edition. Selective sorting bins (composting, recycling, waste) will be present on the entire site, as well as reusable eco-cups with a refundable deposit will be distributed at the purchase of each beverage. Finally, the Ancient Future festival draws all its energy sources from a 100% hydroelectric production (no generators are allowed on the site).

Just like us, be aware of the imprint you leave … “LEAVE NO TRACE!” 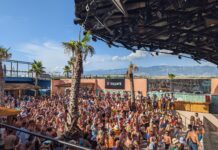 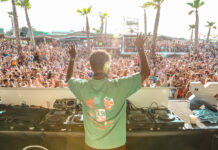 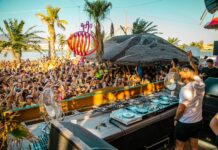