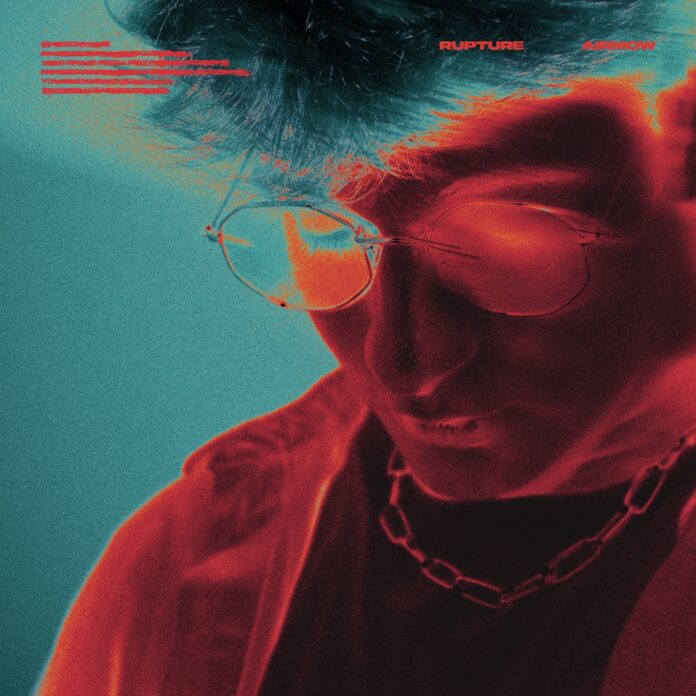 The French producer Airmow really hyped his Rupture EP by releasing his tracks, ‘Like This,’ ‘Make Me Break’ & ‘Wild Night’ weeks before the EP release. After collaborating with Frizzy the Streetz & Trove, Airmow has now teamed up with the uprising Georgia-based vocal talent, Silent Child for his latest song, ‘Now I’m Just A Ghost.’ Every tune on this EP is a sonic exploration of varied dimensions. The impactful and powerful themes of lost love and its after-effects are explored with the highly-emotional Now I’m Just A Ghost lyrics. Airmow – Now I’m Just A Ghost is a stunning release that will definitely sneak into the ranks of the Future Bass charts.

Airmow – Now I’m Just A Ghost features deep vocals by Silent Child and is full of vibrant motifs and reflects with emotive vibes. The thoughtful Now I’m Just A Ghost lyrics and enamoring vocals document every tangible feeling and sentiment. The ambient atmosphere of the song has just the right heat, without being over-indulgent. This Future Bass meets Midtempo Bass cut and its outstanding aesthetics is the perfect opener for the new Rupture EP.

The dramatic groove in Airmow – Now I’m Just A Ghost is transformed into a full-blown club-ready banger. The heartfelt Now I’m Just A Ghost lyrics and orchestrations will treat your auditory senses with surprising sonic twists. As you get to the main melody, the tension in the tale grows, and the beat builds until the desire for the drop is highly palpable. This fourth track on the Rupture EP is rich with Pop influences that are layered over mean swings and overarching urban twists. The mingle of Midtempo Bass, Future Bass and Pop & Electro Pop is not only fresh, but also very accessible.

The dynamic sonic spectrum that Airmow and Silent Child have masterfully created on this opus shows boldness and amazing creative range. ‘Now I’m Just A Ghost’ is certainly a tune that will be hard to ignore for any dance music fan. This track demands your attention with its electrifying aura. We are moved by the Now I’m Just A Ghost lyrics and Silent Child‘s inviting and emotional vocal. Make sure to check out the Rupture EP now!

Verse 1:
I need you to
Move on your own
Your friends will pass you by
Then you’ll be all alone
You’re dangerous
It’s killin’ us
Each time I cross your mind
Do you still check your phone
I hope that you’re alright
But I don’t wanna talk
You’ve had my heart in pieces for
Far too long

Verse 2:
Was I just a game to you
All these heavy thoughts you put me through
Don’t even know you anymore
It’s like your heart is made of thorns
But we know the truth
We know
I’m trapped inside
This endless game with you
A dangerous mind
You set me up to lose
Stole my heart so you could crush it
Should’ve been more cautious
With you

Antonin Lemiere started the project “TechnixBeatz” in August 2015 with the opening of his Youtube channel “TechnixBeatz” which became “AIRMOW”. Very quickly, with about a rhythm of one instrumental per week, the project gained visibility. However, beatmaking tires him quickly because he feels limited. The AIRMOW project was launched at the end of 2016, here the style is more “Electro”.

In February 2016, Airmow signed her first song “Miss You” in collaboration with John Wolf and Nora Suknaic at “Imminent Network” which has more than 70,000 plays on Soundcloud. Highly motivated by this first signature, AIRMOW continues to produce songs including many remixes. But it comes out very little on Soundcloud. After several meetings and a lot of work, AIRMOW finally finds his style more oriented “chill & future bass”. Inspired by artists such as Flume or Louis Futon, AIRMOW released its first “TRUE” song at the English label “Tuvali”: “Nothing To Loose” in collaboration with “SHADOWKEY” (who wrote the lyrics) and “Chelsea Paige” ( the singer).

He signed a little later in an agency “TribudeNuit” very interested in his profile as an artist. Very motivated, AIRMOW chain then the “release” with remixes like the VERITE-SAINT remix (which has success on Soundcloud since the piece has more than 60 000 plays and which has been supported by many other artists such as “The Chainsmokers “) or a cover of ‘Marshmello – Silence’.

Many songs are coming (signed pieces, finished pieces but not yet signed, and songs missing a singer) including the title “U know” in collaboration with Sam Koxx and Tyve who is very funky and had very good feedback from many artists such as Offenbach or RetroVision.