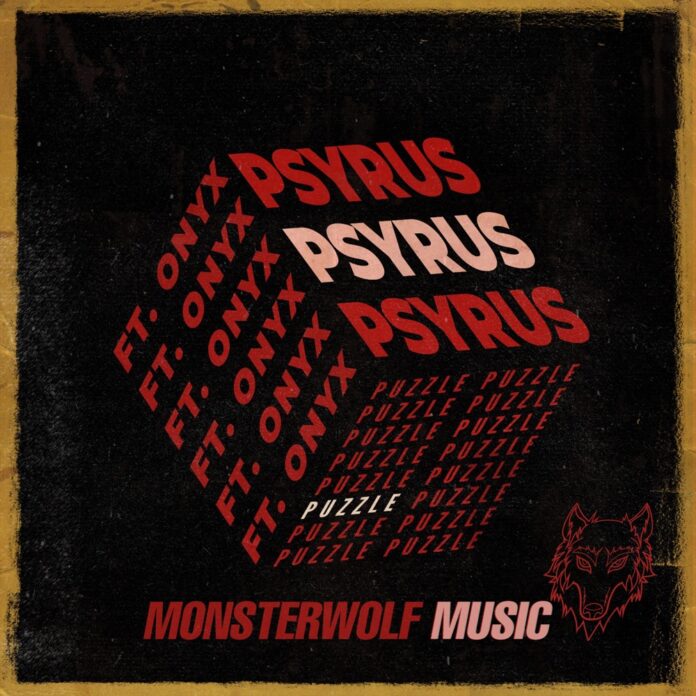 Founded by Andrey K, PSYRUS is an innovative bass-heavy group from St. Petersburg. They are famous for crafting their songs with uniquely creative ideas which helps them to deliver something fresh and different each time. They are famous for their songs like, ‘Nutcase,’ ‘Wicked Visions,’ ‘Drown’, and ‘Hitcher.’ The guys have also collaborated with the Ragga Twins on the track, ‘Nobody Like Us.’ This song became a club anthem and received more than 10k hits on Soundcloud alone. PSYRUS has now come out with another banger, ‘Puzzle.’ This song features vocals from Onyx. Released by Monsterwolf Music, it is a hard-edged Trap song that offers a crazy vibe that is perfect to energize the crowd at big festivals and clubs.

PSYRUS and Onyx have done their magic on their collaborative track, ‘Puzzle.’ It opens with a few bells and sirens before Onyx greets the listener by dropping a sick verse. The song then slowly builds towards an earth-shattering drop where bone-shaking basslines and percussion dominates. Issued by Monsterwolf Music, the track serves as a stellar release that will overwhelm you with its powerful conventional overtones. It is a perfect Trap meets Hip Hop cut that will surely make people throw gang signs.

‘Puzzle’ by PSYRUS and Onyx is a track of its kind. The song gives off an intense vibe and features an interesting blend of infectious vocals and flamboyant rhythms that will make you want to lose yourself to the music. It has an explicit musical realm on infusing the flashy synth stabs and drives up the energy with Onyx’s vocal ability. This Monsterwolf Music release has some penetratingly witty vocals and captivates the listener with its powerful aura.

‘Puzzle’ boosts clever wordplay, poised production with hard-hitting beats, and blown-out melodies that all elevate the overall energy of the song. The chunky riffs of this track are hard to resist. A point of note is the energetic vocals by Oynx who thrills the listener with his delivery throughout the track. PSYRUS has done a commendable job in structuring this song and we can’t wait for their future releases.