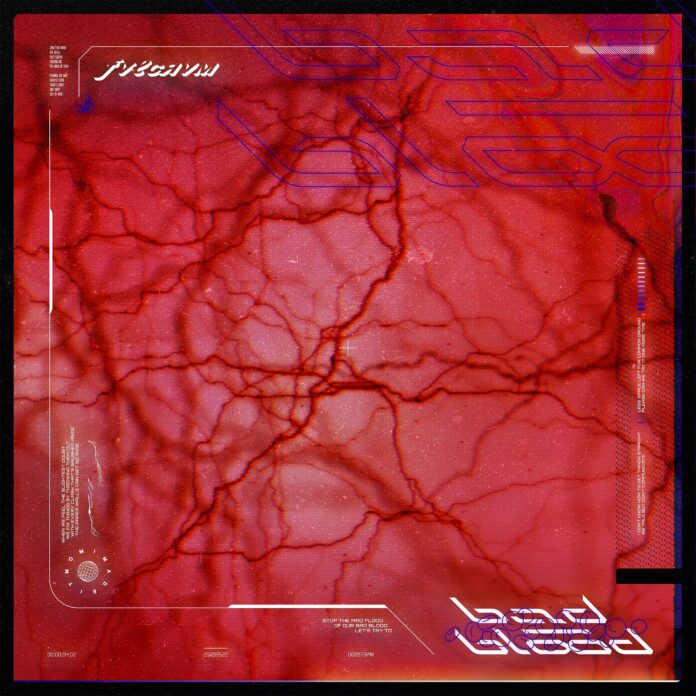 FVLCRVM entered the spotlight when his debut EP ‘Notch’ was released in 2014. Since then, his career has only expanded thanks to his infectious signature sound. He has attracted the attention of many with his refreshing and unique mingle of indie electronic, R&B and pop & electro pop. He is now back with his latest track entitled ‘Bad Blood’ on Universal Music. The talented DJ/producer has shed some light on this release and said that the track may sound like a love ballad but in reality, the inspiration came from online discussions. He states:

I kept reading comments of trolls and generally unhappy people and I kept stalking their profiles (if they weren’t obviously fake) because I desperately tried to understand how they think and live. The gap between my bubble and these people is widening every year and sometimes it seems like we live on a different planet. I wanted to reflect the more savvy, intelligent people with this song, treating trolls as trash, thinking that Google search can make everyone wiser.

FVLCRVM blazed his track ‘Bad Blood’ with clattering melodies and oscillating basslines that truly generate a lush auditory treat. The track creates a magical aura taking the indie electronic genre to its finest beauty and quality. The track contains some vintage sounding elements that are fused beautifully with melodic synths and twisting basslines. However, the sparkling vocals is the element that really captures and hooks the attention of the listener. This song creates a luxurious atmosphere with its eloquence.

‘Bad Blood’ by FVLCRVM is rich with enchanting cadences and percussive melodies that give off a colossal blend of pop and indie electronic. It is a powerful cut that oozes perfection. The track is a pleasant and reflective affair even though the topic of the track targets the toxicity of negative people online. FVLCRVM’s insane production skills absolutely shine in this release and we already can’t wait for his future releases.

Stream ‘FVLCRVM – Bad Blood’ on YouTube below and grab your copy HERE!

FVLCRVM  was meant to be an innocent side project by a member of well established Slovak math-pop band NVMERI. But it got completely out of control after releasing the first EP and remixes which got him instant recognition by big dogs from the clubbing scene. Only a few weeks after the release he was chosen to participate on Red Bull Bass Camp Bratislava and Prague. No wonder he became quickly a confident choice of Central European promoters as a side-act for artists like Hudson Mohawke, Just Blaze, Pomo, Tokimonsta, Falty DL and others.
His sound is a mixture of internet movements emerging from LA, New Jersey and Tokyo in latest years like Jersey Club, Footwork, Future Beats, Grime and genres with having no distinct name yet. But the strong emphasis on boomy beats and organic melodic compositions comes from his early years of being a tireless musician playing gospel music around Europe with a church band where he grew up.

FVLCRVM’s “Hi!” to the world as an extraordinary songwriter & vocalist came as a little surprise to everyone who was solely familiar with his work as a producer & DJ. Picked by Spotify as number 1 for their renowned “Fresh Finds” Playlist, the track went viral in Australia and was soon featured by BBC Radio 6. This gained the Bratislava based artist immediate attention by tastemakers like Mary Anne Hobs or Machinedrum.

With his follow up “Words”, FVLCRVM offered a crisp and eloquent take on pop music and provided the viewer with a peak into a mind-blowing version of a gloomy yet dystopian future. Great support from Spotify and Apple Music as well as renowned Magazines like DJ MAG amd the Sound of Music made clear that FVLCRVM is a name to look out for.

Oscillating between mainstream & underground, between Pop, UK Bass & Future Beats, FVLCRVM is one of the most promising artists to enter the music world in 2019.