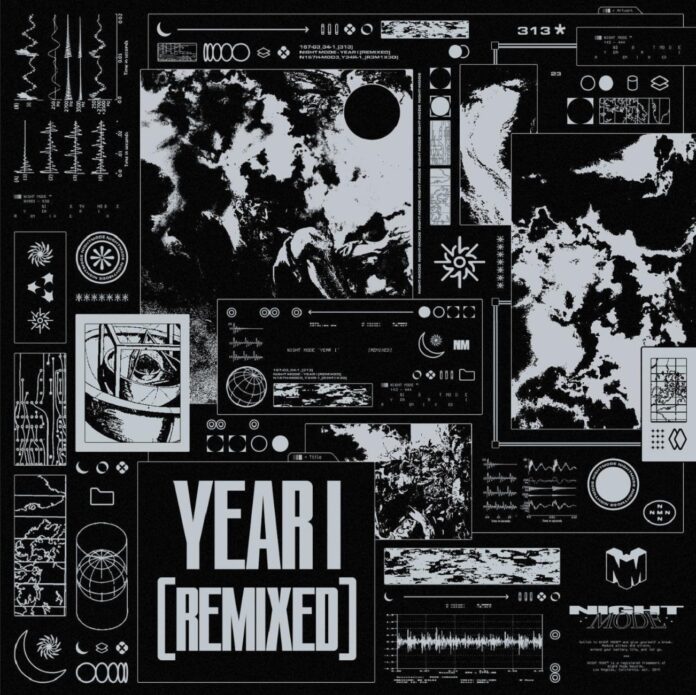 The head honchos at the Insomniac Music Group are definitely steering their gamer-centric imprint, Night Mode Recordings in a game-changing direction. We bet some of you are still headbanging to the massive beats of their storm-stirring 13-track-compilation ‘This is Cyberpunk’ which features heaters such as ‘Atrea’ by Heimanu & ‘Wait’ by Neunosiem. Our favorite imprint is now back in beast mode with a 7-track compilation with remixes of some of the biggest hits since the label’s inception last year. Featured on the Night Mode – Year 1 [Remixed] compilation album, and under the spotlight, are the two unstoppable Bass House bangers, KLOUD – DISCONNECT (No Mana Remix) & One True God – I See U (VIP).

This latest remix compilation from the Insomniac Music Group’s imprint is surely going to stir the EDM community. It’s diverse and hell-a exciting! First up, KLOUD – DISCONNECT (No Mana Remix) is a rad release that hits all the checkboxes of a club-banger. No Mana has amped the energy levels on this remix and will surely send the crowds in a frenzying bliss. He has fueled this song with pumping Deadmau5-style basslines and intoxicating synths that feel like a pulsating rhapsody. Fans are going to lose their minds when they hear this explosive remix.

The next track on the Night Mode – Year 1 [Remixed] compilation is the sensational Bass House opus One True God – I See U (VIP) that will heat any atmosphere with its slapping pulses and hard-hitting kicks and throbs. This VIP flip is definitely the one that will steal the spotlight as the inviting yet haunting vocals instantly lead the tune into propulsive and eccentric basslines and crazed synths. The rhythmic textures and menacing buildups of the song will amaze you. This new VIP flip hits just as hard as One True God‘s tune ‘Addicted.’

Night Mode, which is a sub-label of the Insomniac Music Group, has been home to some of dance music’s most raved about tunes in the past year. Their recent tracks like ‘Dashstar*’ from bass music sensation, Knock2, the high on vibes DnB delivery of ‘Feel Alive & Lone’ by Slippy and JaySounds’ thrilling Tech House banger ‘What You Came For’ are still fresh in our minds, and in our playlists!

Now, the lush and dark aura of the Night Mode – Year 1 [Remixed] compilation that features some of the best remixing artists will invade the hottest playlists and live sets. All in all, KLOUD – DISCONNECT (No Mana Remix) & One True God – I See U (VIP) serve as a perfect teaser for how outstanding this latest compilation is. Enjoy these two festival anthems and make sure to check out the whole compilation below!

Stream ‘KLOUD – DISCONNECT (No Mana Remix)‘ on SoundCloud below!

Stream ‘One True God – I See U (VIP)‘ on SoundCloud below!

More About One True God:

Canadian LA-based electronic producer and performer, Alan Notkin, creates dynamic style house and mid-tempo bass music with his newest project, One True God. The name derives from Satanic religious notions of enlightenment: we are our own God.

OTG’s discography is versatile, ranging from the dark, energetic beats of his first EP Cult 45, to the 2020 single-releases featuring his own melodic vocals. OTG isn’t afraid to reinvent himself, and because of his strong sound identity, his music remains recognizable from obscure songs like “Move Slow” to bright dance floor hits like “Daylight”.

KLOUD is an electronic producer & artist that merges timeless electronic sounds with modern production elements; sonically inspired by darker techno/house, electro & analog synthesizers. By perception, KLOUD is an elusive fictional character that plays off the modern realities of data privacy, artificial intelligence, and robotics. His track ‘DISCONNECT’ has now been remixed by No Mana which is featured on Night Mode – Year 1 [Remixed] Compilation.

More About No Mana:

Signed to deadmau5’s mau5trap label, electro house producer No Mana built a name for himself on the back of his UP series of singles before releasing debut album Secret Level in February 2020.

Inheriting his grandad’s love for techno and trance at a very young age, L.A,-based producer No Mana (born Jordan Orcaz) grew up surrounded by electronic influences, which, as is often the case, made him interested in producing. Debuting with a remix of Black Morphs & Elexem’s “You & I,” the young producer quickly caught the eye of electro heavyweight deadmau5, who promptly signed Orcaz to his mau5trap label. Maintaining his video game-inspired aesthetic, the producer made his label debut with the two-track “1UP” (2015), followed that year by sequels “2UP”, “3UP”, “4UP, “5UP”, and singles “Tell Me” and “Claws.” A varied set of offerings, the musician’s early efforts danced through genres from trance to electro house, bound by a punchy, crisp sound reminiscent of mau5trap’s founder.

Continuing with the UP series, 2016 saw the release of another four volumes (“6UP” through “9UP”) alongside the producer’s debut EP, Game Over. A subsequent EP, Above the Blue, arrived the following year, bookended by the heavier anthems of “10UP” and “11UP”. It was 2018 where the young producer kicked his output into overdrive; while keeping the UP’ series going strong with volumes 12 and 13, the producer released two 30-plus-minute mini-albums, Assorted Repetitions and Melted Candy. After pushing through 2019 with “14UP” and a set of singles, Orcaz released his debut album, Secret Level, in February 2020. Retaining the banger-centric ethos of his career thus far, the project built primarily on the electro house aspects of his work, featuring collaborations with Chipzel, Voicians, Jantine, and EDDIE. And now his remix of DISCONNECT by KLOUD is featured on Night Mode – Year 1 [Remixed] Compilation.