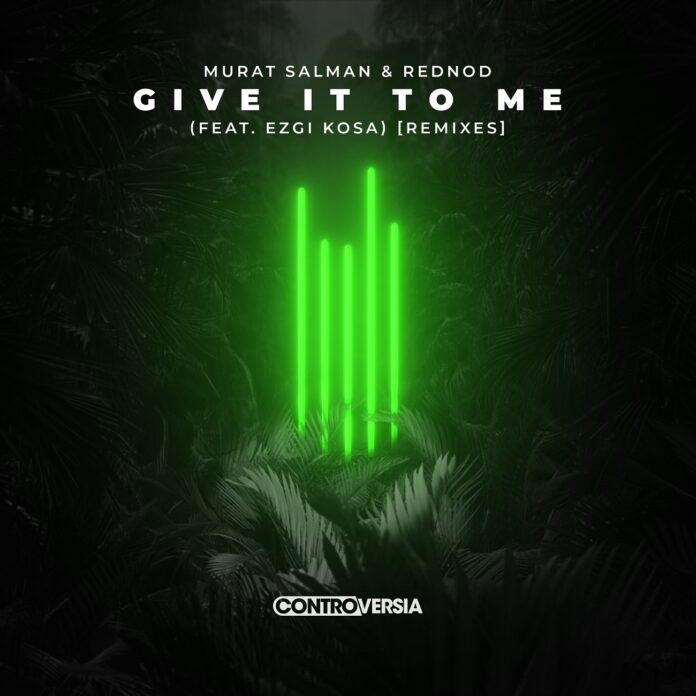 Turkish music producers are gradually making their presence felt on the EDM sphere and their music is gaining widespread recognition with amazing originals, remixes and collaborations. A recent example of that is the release of Murat Salman & Rednod – Give It To Me (RMA Remix) featuring the sublime vocals of Ezgi Kosa. Murat Salman has already garnered support from some of the biggest artists of the dance music scene including Martin Garrix, Don Diablo, Steve Aoki, and Tiesto. RMA is a chart-topping musician with potent heaters like, ‘Show U,’ ‘Ride Together,’ and ‘Lick U.’ So it is no surprise that this new Future Rave music from RMA is a promising and sweltering flip. This latest Controversia Records 2021 release of ‘Give It to Me’ is a palpitating mix that is synonymous with RMA’s style.

Murat Salman & Rednod – Give It to Me (RMA Remix) is infused with dark and hypnotic energy that is made to spark and fire up the club atmosphere. RMA has unleashed an intricate array of rhythmic beats on this new Future Rave music as Ezgi Kosa leads the composition with her deep and powerful vocals into an ecstatic sonic dimension. The sweltering percussion and magnetic hi-hats also add a fueling vivacity to this remix, cranking the intensity even higher. The ferocious eccentricity of this Controversia Records 2021 remix will effortlessly put you in a heightened rush.

Murat Salman & Rednod – Give It to Me (RMA Remix) comes out all intense and flooding with pulsing basslines and dramatic synths. This new Future Rave music is an ultimate hook-crazed, fleshy delivery that will turn up any dead crowd into a fire-cracking, rave-friendly zone. RMA has truly lent an addictive and insidious twist to Murat Salman & Rednod – Give It to Me (feat. Ezgi Kosa). This new Future Rave remix by RMA will flood your senses with its ‘hands in the air’ moments and will hit the festival circuit hard this summer with its pure main stage energy!

Stream ‘Murat Salman & Rednod – Give It to Me (RMA Remix)‘ on YouTube below!

Murat Salman is a fresh talent from Turkey, the country which has greatly inspired him on his groovy sound. Keeping an open vision for the developments in the EDM scene, his music has evolved through the years of professional DJing in the finest clubs of his country. Regardless of the shifting genres and styles; tight productions and monstrous grooves have always been the signature move of Murat Salman. In 2014- 2017 , he made a steady entrance into the scene by getting huge supports from Tiesto, Steve Aoki, Ummet Ozcan, Dannic, VINAI and many others. The success of his early tracks encouraged him to send his music to labels, which brought him a deal with one of the finest record labels of the market, Ultra Music and Mixmash. Nowadays, Murat is locked up in his studio, shaping up brand new tracks to rock the scene.

RMA started his career at the age of 16. In this early time, he was known as DJ Rapmaster A – producing partybreaks, mixtapes and remixes of Hip Hop and House Music. In 2014 RMA was born. With his own EDM releases RMA reached top positions at Beatport and Apple Music charts. Working together with artists like Fatman Scoop and labels like Axtone, Sirup, 2Dutch or Noface is one proof of RMA’s great music skills. In July 2018 RMA’s track Chinese Gambler was performed by Lost Kings at Ushuaia Club in Ibiza. In February 2019 RMA feat. Fatman Scoop – Lick U was added to Sony Music Club Sounds Vol. 88. RMA also started 2021 with the festival-ready new Future Rave music entitled Murat Salman & Rednod – Give It to Me (RMA Remix) on the Controversia Records 2021 portfolio. His remix will surely become an instant hit on the festival circuit!