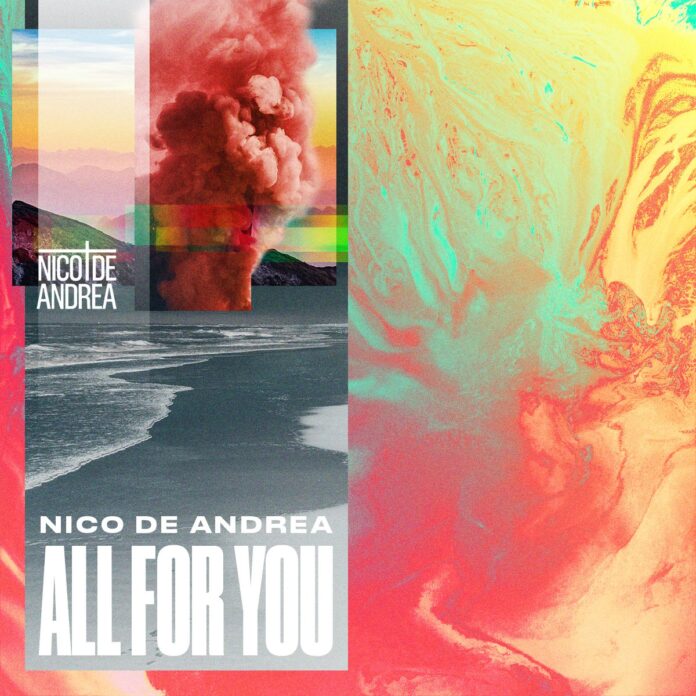 Nico De Andrea is slowly becoming a force to be reckoned with in the EDM community. He is an extremely talented producer who doesn’t confine himself to just one genre but fuses different styles together to release something special for the fans every time. Some of his most popular releases are entitled, ‘Monster,’ ‘Wish We Could’ and ‘The Shape’ all of which have received hundreds of thousands of hits on different audio streaming platforms. Nico De Andrea – All For You has now been issued by Unity Records. This song aims to cut deep in your heart. It is a beautifully composed opus that you will love to include in your Tropical House playlist.

Nico De Andrea – All For You is a mellifluous release that will surely cast a magical spell on the listeners. He has gorgeously decorated the track with many melodic yet subtle elements that really shine, making this song a breathtaking affair for all. This track oozes brilliance and will bring your emotions to the surface. Released on Unity Records, the track is constructed with spellbinding rhythms and offers an enchanting aura that will get you dazed.

‘All For You’ by Nico De Andrea is a well-crafted track that is designed with fresh sound design and is created to allure your auditory senses. This is a mesmeric release that will build a soothing atmosphere around you. The track features bouncing bass and thumping synths that work like magic over the enthralling vocals which add up to something fascinating. It has a magnetic vibe and is a kind of track that will easily stand out in your Tropical House playlist. The aura of the song is melodically powerful whereas the heartened vocals complement the overall feel of the track perfectly.

Listening to Nico De Andrea – All For You is like a pandora box of surprises as warm distant vocals and rip-roaring riffs fuse together to give you an infectious vibe. This Unity Records release will certainly connect with the listeners. Nico has done a brilliant job in constructing this blissful opus. We are captivated by this fascinating tune and can’t recommend it enough for your Spotify Tropical House playlist.

You can also enjoy ‘Nico De Andrea – All For You’ on Spotify, Soundcloud and Apple Music.

Nico de Andrea, Parisian Dj and producer signed on heavyweight record labels such as Spinnin Records, Ultra Music, Axtone, Armada or Africanism. Remixer for David Guetta, Bob Sinclar, Martin Solveig or Klingande, Nico is also monthly resident Dj in some of the European leading nightclubs including L’Arc Paris, Armani Privé Milano, Bâoli Cannes or Jimmy’z Monte Carlo. He also performed in some legendary venues around the world like Pacha and Café Mambo in Ibiza, Ministry of Sound in London, Heart in Miami, Base Dubaï or Festival stages like Electro Beach Festival, Les Plages Électroniques or the Techno Parade in the street of Paris.