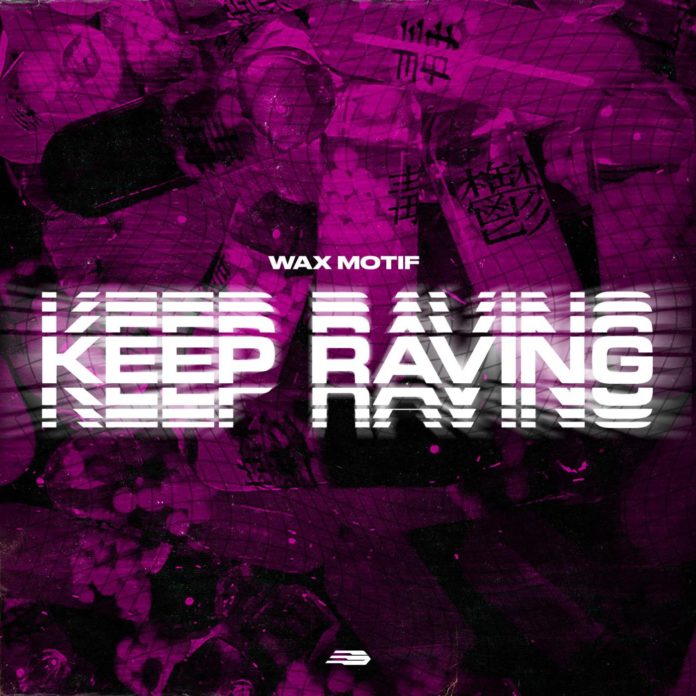 Less than a month after the release of his mega collaboration with Taiki Nulight “Skank N Flex” (ft. Scrufizzer) [which you should definitely check out if you haven’t already], Wax Motif is back with a brand new banging single entitled “Keep Raving”. His new opus offers a super accessible and bass-heavy mingle of Bass House and Tech House.

“Keep Raving” is vibrant and fresh, it has a delightfully funky energy that makes it a very compelling and club/festival-friendly party song. The drops are powerful and real dirty (although the track overall is very polished and clean) but also have a intoxicating and groovy tribal/afro side. Full of bumping bass, captivating and catchy vocal samples, outstanding vocal chopping and just an overall energy that makes this a first-class Bass House anthem. Not too underground, not too mainstream, “Keep Raving” is just perfectly balanced to make this a peak time banger at festivals.

It really delivers a fresh variety of party flavors, it is a true weapon for club DJs. Make sure to add this one to your favorite party playlists on Spotify, Deezer, Napster, Youtube, or whatever other music streaming service you might be using, this banging single is available everywhere!

Check out “Keep Raving” on Spotify and Soundcloud below and grab your copy HERE.

With musical influences like R&B, disco and UK bass, the Australian-born producer brings an unique style to the studio, which makes him a highly sought-after producer. Chien released tracks Diplo’s Mad Decent, Tchami’s Confession label and A-Trak’s Fool’s Gold, as well as a host of remixes for the likes of Major Lazer, YG, Kid Ink, Chromeo, Deadmau5 and Warren G. His work on Destructo’s album on Interscope includes the likes of Ty Dolla Sign, YG, Freddie Gibbs, Problem and Kurupt.