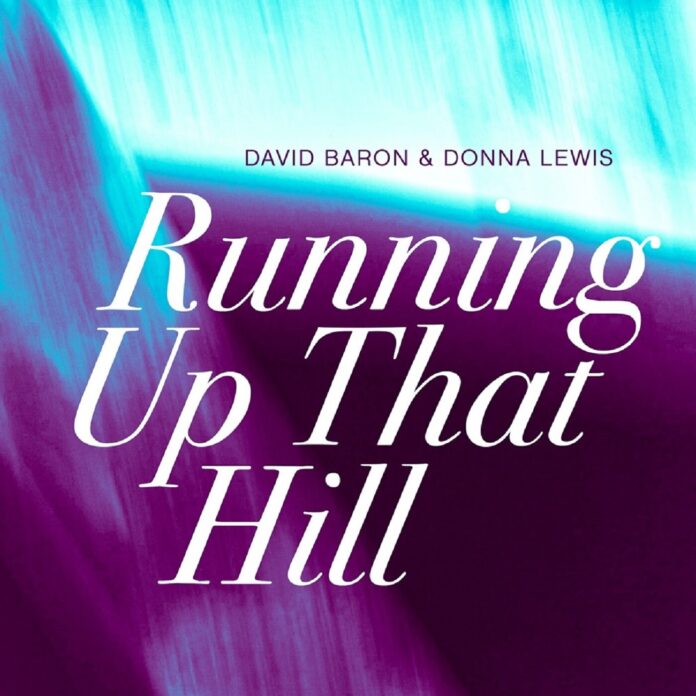 Some tracks have a universal appeal devoid of time and an ageless relevance. One such song is entitled, ‘Running Up That Hill’ by Kate Bush. The track has recently been covered by David Baron & Donna Lewis who both did a commendable job on the mix. Their take on the legendary song has now been remixed by Lomea. His version of the track has found a resonant and swirling treatment in this Here & Now Recordings release. Lomea’s palette is diverse with warm and captivating elements that are fresh and immersive. The artist is very versatile, which is evident from his previous tunes. His latest remix of Baron & Lewis’ ‘Running Up That Hill’ is simply irresistible.

Lomea’s spin on ‘Running Up That Hill’ by David Baron and Donna Lewis opens with bright elements and a calm turmoil that evokes an intangible feel. This soulful production utilizes expressive melodies as he imbibes an incredibly tranquilizing groove within the track. The duo’s cover has got a refined and elevated edge with extremely addictive Deep Melodic House & Techno vibes that drive its soothing rhythms. Issued by Here & Now Recordings, the song features slick pad waves and a smooth flow that perfectly compliments the ardent vocals. The artist has molded his imagination in a polished and buffed delivery that raises the bar for deep melodic music.

‘Running Up That Hill’ by Lomea has a charming melody, exciting key work, and a fervent vibe. He successfully amplified the flavor of David Baron and Donna Lewis’ version with fattened and deeper bass. The silky vocals work like magic in this delicate and transporting track. This Melodic House & Techno song has some brilliant melody and spellbinding key changes, which come together to create a fresh and calming tune. Comparing the bustling feel with stupendous rhythms and warm vocals, the track conveys a touch of melting emotion.

Lomea has constructed an emotive and uplifting remix of ‘Running Up That Hill’ by David Boron & Donna Lewis. The complex lyrics dabbling in themes of optimism and resilience work really well with the sanguine and sparkling beat. Released on Here & Now Recordings, this cut is uniformly crisp and tuneful and really makes it highly inviting. Overall, this dynamic remix by Lomea brings nostalgic flavors of the 80s with epic sound design and a modern touch.

Donna Lewis is a Welsh singer-songwriter and record producer from Cardiff, Wales. She is best known for the 1996 pop hit single “I Love You Always Forever”, which peaked at number five on the UK Singles Chart, and also peaked within the top ten of the charts in Australia, Austria, Canada, France, Germany, New Zealand, Norway, and the United States. In the United States, “I Love You Always Forever” peaked at number two on the Billboard Hot 100 for nine weeks, having been held off the summit by the Bayside Boys Remix of “Macarena” by Los Del Rio. It also became the highest-charting single on the Billboard Hot 100 by a Welsh artist since Bonnie Tyler topped the chart with Total Eclipse of the Heart in 1983. Additionally, the single holds the record for being drawn for third place among songs with the longest runs at number two on the Billboard Hot 100 and at second for most weeks at number one on the Billboard Mainstream Top 40 chart. Lewis teamed up with Richard Marx in the 1997 adult contemporary hit “At the Beginning.” In 1997, Lewis was nominated for the Brit Award for Best British Female.

Drawing upon a myriad of diverse influences, Lomea weaves the electronic with the acoustic, analogue with digital, the intense with the serene, creating a distinctive musical palette and revealing an instinctive natural warmth and empathy. New album Echoes In Bloom is available now. Previous releases include the debut album Narratives (2016) and 3 EPs (Reworks, Otherness and Otherness Reworks on Here & Now Recordings.His music is championed by the likes of Nick Luscombe (Late Junction, BBC Radio 3), Nemone (BBC 6 Music’s Electric Ladyland) and Jess Iszatt (BBC London).