Home Drum and Bass Get To Know Indivision

We had a very interesting chat with Markus from the DnB powerhouse duo Indivision. We talked about his career as a producer/DJ, his record label, and more. But before getting into the interview, here’s a quick introduction to get to know them a little better:

Hailing from the European capital of Estonia, the Estonian D&B duo Indivision has become a house hold name within the drum and bass scene. Pushing out their first release already almost a decade ago with ‘Secret Vision’ and ‘Rubik’s Cube’. They produced huge club smashers and dance hits that have been pushed out by some of the biggest names in the dnb scene, artists such as Grooverider, John B, High Contrast, Maduk, and Netsky (only to name only a few). With countless remixes of their work only following suit from Grafix, Chords, Ramseses B, Aperio and many others. Indivision has released over 150 tracks. The duo formulated and developed a powerful and hard hitting style that can only be described as their own staple sound, a sound that has led them to work with some of the top labels within the scene such as Toolroom, Liquicity, Beta, and Ministry of Sound.

It was the beginning of the Pendulum era and I managed to get in some raves, it was really inspiring! And at the same time it was really popular to mess around with Fruity Loops (nowadays called FL Studio for legal reasons ). So there I was with my Pentium 4, messing around. No studio monitors or any other piece of hardware, but I managed to get tracks signed, “Femme Fatale” and “Subway 51” were the first ever released by Liquicity.

Life itself. Go for walks in nature, it is just beautiful! And the sounds! Also, definitely some TV shows, because there is a lot of music used. When it comes to artists, it is hard to pick just one, but for sure Daft Punk, The Chemical Brothers, Modjo if I have to choose some.

3- What pushed you to create your own record label?

I do have many unreleased tracks myself and I started to wonder some time ago: why give half of the revenue away when I know the industry and how it works. I am more than willing to give that half away if I do get decent amount of promotion and that’s what is lacking of smaller drum & bass labels. And that’s what Indivision Music offers: promo!

4- What kind of sound are you planning to release on the label? Only DnB? Or do you want to be a more open-format label?

Definitely more open-format. Any electronic music genre is welcome as a matter of fact!

5- What are you mainly looking for in artists for your label?

Willing to work, work, work. Because a lot of work can get you far. Of course talent comes to in play as well, but talent does not come without hard work.

6- What do you personally consider to be the incisive moments in your artistic career?

Getting 5 vinyl releases! These are really rare these days.

7- What is one mistake you see a lot of up and coming producers/DJs making? / What advice would you give to aspiring producers/Djs?

What I did wrong was sending out half-finished tracks to labels. Or I have seen people changing their artist name many times As previously said, work, work work and also patience. You do develop as an artist, it takes a lot of effort though.

8- Where do you think the DnB scene is headed? One year from now? Five years from now?

You can’t predict really. Tracks are getting louder and louder. Take for an example a track from early 2010’s and compare it with today’s record, the latter one is so much louder. Definitely DAWs, VSTs and VSTis will improve that I can tell for sure.

9- If you could eternally be stuck in one year’s music scene, which year would it be?

10- If you could collaborate with one music producer (alive or dead), who would it be?

11- What is it that you love about the DnB scene?

The scene seems to be friendly with each other! Easy to make new friends!

12- What is something that bugs you about the DnB scene?

I am not a fan of people who get a little bit too tipsy, but I guess it comes with every genre!

13- What is your opinion regarding the difference between old school DJing where everything was restricted to vinyl and modern DJing where most tracks are never put on any physical medium before or after release?

On one hand it is super comfortable to load all the fresh tracks (released or unreleased) onto a USB stick and go play out. On the other hand I reckon it is quite uncomfortable in terms of traveling and looking after your vinyl record box at a gig. As a listener I really enjoy performance by a DJ who can play vinyls and as a listener I am not so into laptop DJs!

14– What is one track that never gets old for you no matter how many times you hear/play it?

Unfortunately not, I do get tired of tracks quite quick!

15- All the profits from your latest release “Difficult Times/Coals & Diamonds” are going towards helping cancer patients, why did you choose to donate your profits and why support cancer patients (of all causes)?

This is personal cause for me. A year ago I lost my mother to cancer. After her passing I started to read more about cancer (her passing was really weird and fast) and I realized how many people have cancer and do not have access to treatments which could possibly cure them because they are not funded by Estonian Health Insurance Fund (similar to NHS). So, that’s why I am [and also Wreckage Machinery to be fair] giving away the revenue to a private foundation. They have helped a lot of people, my mother could have been one of them. Even if the revenue made can give a day more to live, I will be glad.

Check out Indivision on Soundcloud and Spotify below! 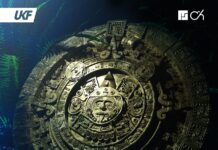 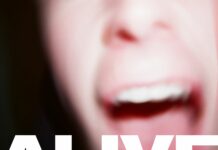 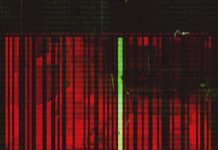 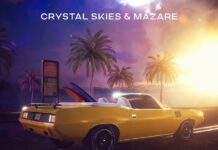 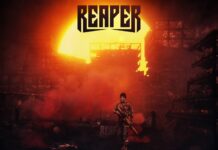 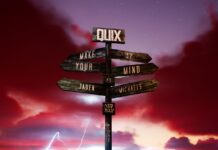